Quantum mechanics, or theory of quanta, is a theory that its creators did not fully understand, but which proved to be the only one capable of explaining the behavior of matter in the microscopic world.

A blackboard wedge of symbols may seem indecipherable even if it exposes simple concepts. In quantum mechanics, however, even the simplest concept seems absurd. An example? The fact that the matter “decides” what to do… Only when we look at it .

In the heart of matter there is an immense world, made up of billions and billions of particles, that escapes our senses and our intuition. A world in which the usual physical laws are not worth, but the most complicated and “mysterious” of quantum mechanics, a theory so paradoxical as to amaze the same scientists who invented it. “No one really understands it,” he said in 1965 Richard Feynman, one of the brightest physicists of his generation

Quantum mechanics, because of its almost “magical” characteristics, has always fascinated philosophers and scientists. But what exactly are we talking about?

Waves that behave like particles, particles that go beyond the barriers like ghosts or communicate with each other in a “telepathic” way… This is the strange world scientists found themselves confronted with when they discovered quantum mechanics. 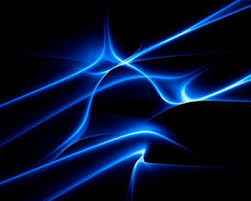 But the most curious phenomenon is entanglement. Imagine taking two photons into an “overlap of states”-we can think of them as coins that turn endlessly, showing both faces (heads or tails)-and submit them to entanglement, and then take them to opposite sides of the universe. According to quantum mechanics, if we do a measure on one of the two, and we get for example head, even the other coin, instantaneously, ceases to be in an indeterminate state: if we measure it (after a second or after a century) we are sure that the result It will be head. The two particles are like… Telepathic contact. Absurd? No, entanglement!

Two physicists from the University of Queensland (Australia) have even devised “temporal” teleportation, applying entanglement to time rather than space, always with the aim of making complex calculations possible. But, if it worked, it would be the first true example of a time machine, although a little different from how science fiction has always imagined it.

The Quanta in Philosophy and Culture
Scroll to top