The knowledge or perception we have of things is a thought-wave in the mind, which we must control, because what commonly happens is that if the thought-wave is pleasant, we say “I am happy” and if the wave – Thought it is unpleasant, we say “I am unhappy”. But this identification is false and is the cause of all our unhappiness.
In fact, the knowledge or perception we have of what comes from the external world is only the tangible and tangible one of the most macro level. But, on a more micro level, we see that the material also corresponds to the immaterial. This apparently abstract concept finds its basis in science, and in particular in subatomic physics, which from Albert Einstein onwards recognizes that even the most apparently fixed and stable matter is composed of particles, to which quantum mechanics has definitively removed the aspect classifiable as ” material “, calling them waves. Therefore we ourselves, like a stone, are fundamentally immaterial, without fixity, and made up of waves.

What appears at the grossest levels of matter and that is the world in its physical manifestations is only the surface of a much more complex truth. Analyzing things and the world in subatomic-quantum terms, the same physics and mechanics tell us that there is nothing that has a concrete and real existence in itself.
With this awareness we must come to control the thought-waves so as not to identify ourselves (as already said) with false beliefs that are the source of our unhappiness.

Ultimately the true “happiness” is to reach the calm of the awareness that everything is appearance and emptiness, nothing is as it seems.
The appearances that make up our material reality can be perceived or known by our mind, as pure or impure. The pure appearances are those perceived by the people who have recognized the impalpable nature of the mind and its activity, equal to that same empty nature of the external phenomena that we see, touch, etc. These people are aware, they are not fixed on appearances, they are mentally free from all forms of attachment (craving, desire, possession, anger, anger, pain, disappointment, etc.). These people are mentally free from their ego-ism, that is, from the erroneous identification of the ego with the illusory thought-waves, and this freedom also allows them to open up to others and understand them.

mpure appearances are those perceived by ordinary people who believe, mistakenly, in the relative appearances that make up the world outside them and mistake them for something distinct from their mind. Instead, it is we who believe that this event exists outside of us with a positive or negative meaning, and the thought-wave created by us in this way, induces our self to identify itself, making us mistakenly believe that “I am happy / unhappy about that fact “.

It is certainly difficult to learn to control one’s own thought-waves, because we have been used to living in this world of duality: good / bad, ugly / beautiful, bad / good, day / night, light / dark … This proceeding for alternatives it makes it difficult for us not to interpret the world and the things that happen to us in one direction or another, with the consequent emotional states that this entails. The difficulty also lies in the stratification over time that certain emotional states have calcified due to the striking and repercussions of certain thought-waves, thus creating in us also personality structures, the character. Negative thought-waves, for example, can in the long term establish discomfort and ugly character in the person. These thought-waves, however, can be controlled and addressed differently, also doing, in the long run, improving the person’s negative character tendencies. It takes time, intention and perseverance, but it is possible. 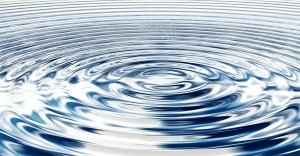 How can I control and change my thought-waves?
Conditioned by habit we can react positively or negatively.
If we are used to negative mental states, that is to react to situations without awareness or mindfulness or control, without bringing positive energy (ie thought-waves of love, generosity, understanding and truth), we will have depression, anger, fear, anger, desire of revenge and so much suffering.

If instead we are accustomed to positive mental states, or with intention we decide unconditionally and with true sincerity to think and behave positively, that is we get used to generating thoughts and actions cultivating mindfulness, centering on calm, kindness and love, we can to reverse our negative emotions, to live better, facing problems, difficult situations and pain with a clear and serene mind.
This means freeing oneself from attachment to material things, as an idea, following what is manifested as it is, centering on the here and now, mastering the experience of the moment without emotional influences from the past or the future. It is not a simple path that requires motivation, true intention and true trust and belief. It can be done. It’s a choice. And as each choice brings with it the respective consequences: a positive choice, or rather a positive one, has positive consequences (even when it may not appear to appear). On the contrary, a negative choice, that is made with negativity, will have negative consequences. Positive energies and vibrations bring positive energies and vibrations. Choosing is our responsibility.

But the external world, as we said at the beginning, the things we perceive and know, even in their most beautiful aspects, are however transitory. Both beautiful and ugly things are superficial and transient. This is why true calm is knowing that everything is emptiness.

Therefore, when with spiritual or mental practice and discipline (if you prefer) we will have offered waves-of-love, understanding, generosity, truth, to replace those of anger, anger, desire, disappointment, etc., even the Positive thought waves will have to be neutralized in a vision of inner calm so to speak “neutral”. And only then will we be able, with presence and centering, to choose how to direct our journey in ordinary life, in the true awareness of what has been consolidated so far. We will then be able freely to choose good or evil (knowing however to remain in earthly and deciduous goals, which according to the interpretation proper to Eastern spirituality coincide with the perpetuation of a karma through samsara) or enlightenment (in view of spiritual goals and of a higher ascetic realization according to one’s own aims and attitudes).
As much as we struggle, we will be rewarded only according to our desires: what matters is our intentions. If we want to pursue an enlightened calm, we will get it; if we want only pleasures and power we will get them; if we want to pursue evil, we will have evil. The opportunity is in our hands.

“The mind of the enlightened man is calm, not because he is selfishly indifferent to the needs of others, but because he knows the peace that is in everything, even where in appearance there is misery, struggle, sickness and need.” (2)

This attitude to inner calm, sought after with sincere and trusting practice and thought, is achieved by overcoming the attachment to desires and needs. Non-attachment makes us free and masters of ourselves, no longer at the mercy of emotions. Non-attachment allows us to discriminate between the real and the imaginary.
Overcoming the attachment takes time and is not necessarily achieved immediately or easily. It is not a practice of austerity or pain, but a practice of recognition, analysis and detachment from material things which also needs preparation and a sincere disposition to do so. The outcome will be freedom from imaginary desires and needs, without giving up what is really important to us: centering, balance, inner calm. Every effort of ours in this direction, even the smallest, even when we feel we can’t do it, will never be useless, even when it seems to us that we have failed. We must try, have faith, put energy into it. No effort will be wasted.

Our temporal life of mortal beings, conveys a soul or spirit, through the physical body that “stands” within a material experience. Therefore physical discipline and bodily expression are so important in aligning the mind on a single centering, or mind / body union. Therefore, as has already been said, a mental set-up and a spiritual disposition are not only important, but also a practice, that is also actions that go in the chosen direction. Hence the possibility of choosing whether to engage one’s body and channel physical energy into sport, martial arts, yoga, running, swimming, walking, etc. and engage in Zen or similar occupations (cultivation of bonsai, gardens, construction of mosaics, embroidery or other …), in order to prepare the body and not just the mind for new openings and horizons of life.