Vibration as the origin of the Whole: from string theory to DNA 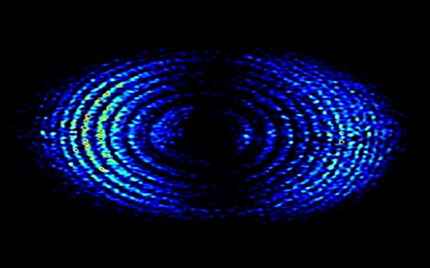 “In the beginning was the Word, and the Word was with God, and the Word was God …” we read in the Gospel according to John. We have been educated to interpret the word Verb as “word”, but other translations and traditions (older and no less important than the Christian one) reveal to us that the Word used by the evangelist John actually coincides with the Sound, as an instrument capable of to put the inert components of the universe in motion and in order, and to create Creation with vibration.
Furthermore, the creative primordial vibration finds confirmation in many religions and ancient civilizations.
Even modern physics, with the theory of vibrating strings at the origin of matter, does nothing but align with this vision. According to the paradigm of the “standard model”, adopted in large part by physicists to describe the architecture of the Universe, matter is composed of various particles, indivisible point-like corpuscles, such as quarks, which combine in various ways to arrive at forming protons, neutrons and the wide range of particles and molecules that make up the Universe.
Modern string theory does not deny the essential role of these particles, but believes that they are not point-like, but consist of a thin strand of energy, hundreds of billions of times smaller than an atomic nucleus. A strand of energy that is comparable to a string, like that of a violin or a guitar, in continuous vibration. Just as a violin string can vibrate in different ways producing different musical notes, even the strings of string theory can vibrate in multiple ways producing, depending on intensity, particles with different masses and properties.
What the modern vision of string theory has in common with the cosmological one of the ancient civilizations, which we saw earlier, is the fact of considering the vibration at the base of Creation. No wonder: life itself emits frequencies, in all its forms, be it color, light, sound, matter, DNA (see also Music is inscribed in our DNA), emotion or thought.
Everything is vibration. This statement has been lost over time, but already Pythagoras was spokesman for it: “Even what seems inert like a stone has a certain frequency of vibrations”.
And listen to what the physicist Max Planck said: “Having consecrated all my life to the most rational science possible, the study of matter, I can at least tell you this about my research on the atom: matter as such does not exist! All matter exists only by virtue of a force that makes the particles vibrate and maintains this tiny solar system of the atom. ”
________________________________________
Travel stretch between notes