Beer, whose name comes from the Latin bibere and means drinking, is a very old drink, whose moderate consumption helps to maintain good health.

Let’s find out more about it.

A cold beer on a hot summer’s day is one of life’s little pleasures.

Beer is very popular, and not only in Germany.

Every Italian consumes about 28 litres a year.
It is a very old drink; the first records date back to Babylonian times.

The traditional ingredients for making beer are malt, hops and yeast. 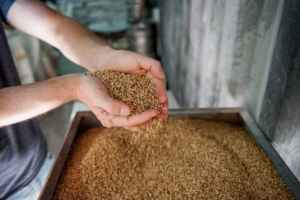 The malt, which by law must not be less than 60%, is usually barley, but can also be made from other cereals, such as wheat or corn.
An important characteristic of beer is its foam, which protects it against the oxidising action of oxygen and thus serves to maintain its aroma for longer; the presence of a good, stable foam is a sign of quality and freshness.
Beer should be served at a temperature of between 7 and 10 degrees.

Properties and benefits of beer

Beer has numerous properties that derive from its composition. It contains a good proportion of vitamins and minerals and an excellent calcium-phosphorus ratio , while the sodium content is very low. For these reasons it has a diuretic effect.
Hops contain several types of flavonoids that have been shown to have anti-cancer properties.

In particular, it contains xanthumol, a substance that appears to be useful in inhibiting the proliferation of cancer cells in certain types of carcinoma. Not all beers contain a high amount of xanthumol, but only those with a high hop content.
Thanks to its polyphenol content, beer also has antioxidant properties.
However, it must always be remembered that beer is an alcoholic beverage and should therefore be consumed in moderation.
The richest and therefore most beneficial beer is raw, i.e. unpasteurised. Beer, allied to Cardiovascular system, kidneys. 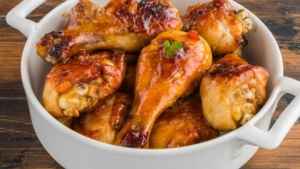 Beer is often used in cooking to prepare tasty dishes, a classic being beer chicken, used, albeit with some variations, throughout Europe.

It can be prepared as follows.
Sauté the carrots, celery and onion, fry the chicken cut into pieces and season with salt and chilli.

Pour in the beer, which should preferably be blond (the quantity depends on the size of the chicken; for a quantity of meat suitable for four people, half a litre of beer is usually needed).
Cover the pan and cook for about half an hour, then remove the lid and continue cooking until the beer is completely absorbed.

To make beer, the barley grains are put into water to germinate until they have the necessary moisture and then germinate. This produces the malt, which is then roasted in the oven.
The colour division of the beer into blond, red and dark depends on whether the malt has been roasted to a greater or lesser extent.
After roasting, the malt is ground and put into water. The wort is then brought to the boil and filtered; hops are added at this stage. The wort is then cooled and fermented in tanks. 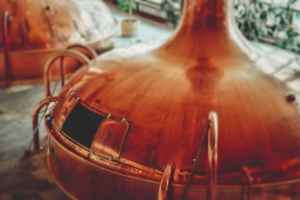 During fermentation, yeast is added, which causes the maltose in the mixture to be transformed into ethyl alcohol and carbon dioxide.
Depending on the yeast used, low- or high-fermentation beers are obtained. After fermentation, the beer is left to mature for several weeks in special containers. 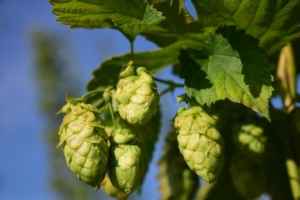 Hops have always been a part of the history of many Nordic peoples, not only for brewing, but also for their remarkable properties, since hundreds and hundreds of different active ingredients have been analysed in them over time.
It can act on the nervous system as a hypno-inducer and mild sedative, excellent for fighting insomnia, headaches and many forms of gastritis and gastric reflux of nervous origin.
It also supports the work of digestion, helps alleviate menopausal complaints and aids skin and hair regeneration. This historic use has led to it being included in the National Galenic Formulary in blends with other herbs for sedative and calming herbal teas.

The hop plant has over 100 active ingredients, including numerous terpenes, bitter acids, tannins, flavonoids and phytoestrogens which can be used both internally and externally.
INTERNAL USE:

To prepare it, you need 5 g of dried hop cones per 250 ml of water.
A cup of the infusion up to three times a day after main meals is sufficient to obtain the beneficial effects, for example as a remedy for insomnia or to calm coughs.
For internal use, we can find dry extract capsules to be taken during the day according to the dosage indicated on the packaging.
Natural products such as mother tincture, powder and other single-dose remedies are also available, all derived from the substance extracted from the female hop flower, known as lupulin.
Its properties are still aimed at combating insomnia, nervousness, dysmenorrhoea and digestive problems.
EXTERNAL USE: The infusion is also excellent for compresses in case of dry skin, muscle aches and inflammation. Very effective lotions can be obtained by concentrating the infusion.

Contraindications of hops
Among the many active ingredients of hops, some are not recommended for use during pregnancy, hormone treatment, or when taking drugs or alcohol.

If barbiturates are used, it is not recommended because it adds to the effect by increasing the duration of sleep 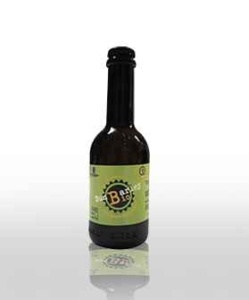 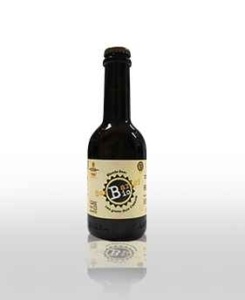 Find out more in the Shop!

below you will find the link to the shop – Beers

PASTA : White or wholemeal? Benefits and differences
Scroll to top