“We need to collaborate with the power of nature left free, doing as much as possible and as little as possible,”

In the following article I wanted to give space to one of the most beautiful gardens in Ireland written by Kathleen Becker taken from Speak up:

It’s a paradise to discover, with a history dating back to the 13th century. 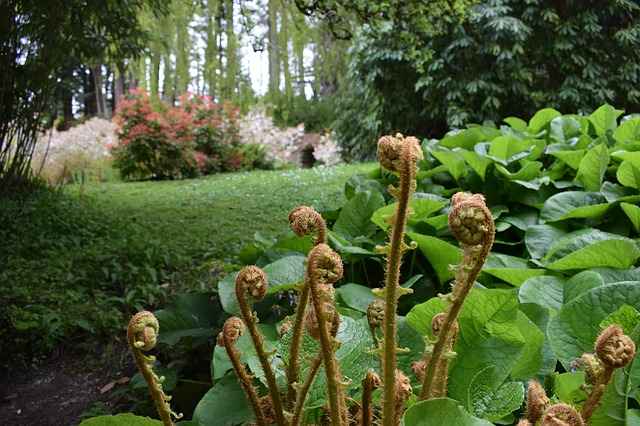 Did you know that Country Wicklow is called “ the Garden of Ireland ?”

Wicklow also has the best garden in Ireland to visit:

Up to early summer, the rhododendrons impress with pinks and purples. 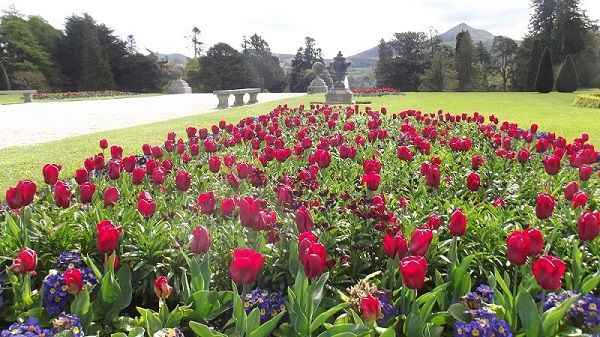 Powerscourt is a fine mix of Italian and French design, Irish charm and the attention to detail associated with the English gardening tradition.

The garden paths, made up of small granite chips, dazzle in the sunlight.

The harmonious design aims to set the garden in its wider context , the iconic Sugar Loaf mountain. 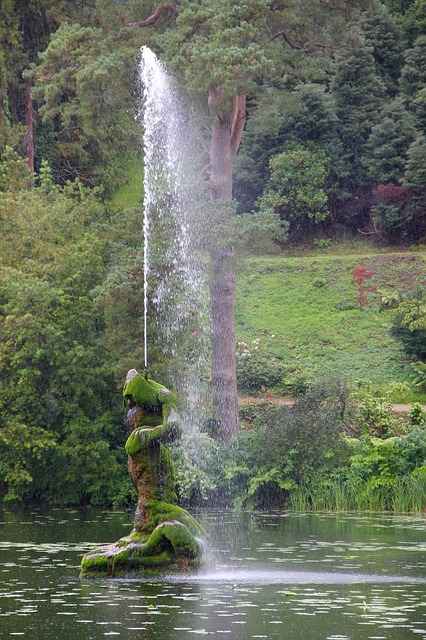 The garden has many sculptures. Life-size metal horses guard the big lake. Small stone cherubs, deep in thought, frame a bowl of pansies. The iron gates are very photogenic. Visitors can discover small ornamental plants and large ancient trees – there are 250 types of trees here. The Japanese Gardens is very pretty. Last but not least, the Pet’s Cemetery has touching inscriptions on its gravestones. 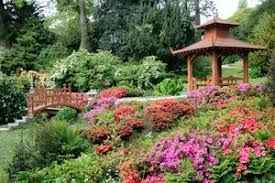 A castle stood here from the 13th century onwards. But a new era commenced in Elizabeth times.

After a viuctorious battle , Queen Elizabeth I offered Richard Wingfield a reward.

He only requested “the scarf that Your Majesty wears”. Obviously, that modesty paid off: Richard Wingfield became a Sir and was given Powerscourt. The house was rebuilt in the 1730s.

A century later Powerscourt was reshaped by the sixth Viscount of Powerscourt . The new garden were designed by influential architect Daniel Robertson. Robertson suffered from gout, directing operations from a wheelbarrow, fortified by a bottle of sherry.

When the sherry bottle was empty , work ceased for the day.

In 1961 the estate passed to the Slazenger family, the owners of one of the oldest surviving sporting brands. In the 1970s, they were preparing to open Powerscourt to tourism, when disaster struck. One night in 1974 a fire broke out and destroyed the house. Only an empty shell was left. The planned opening had to wait for nearly a quarter of a century. In 1996 a major golf course opened.

A year later Powerscourt finally opened to the public. 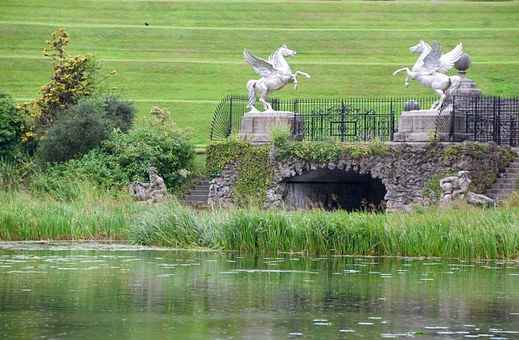 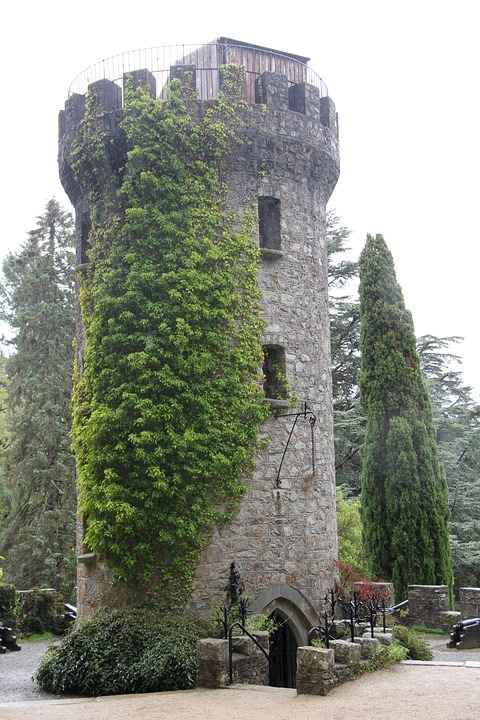 Gardening is seen as a typically English pastime, but there are also plenty of beautiful gardens in Ireland. The best is probably Powerscourt in Country Wicklow. This was once the property of Lord Powerscourt, but it is now owned by the Slazenger family, who are famous for making sporting equipment. 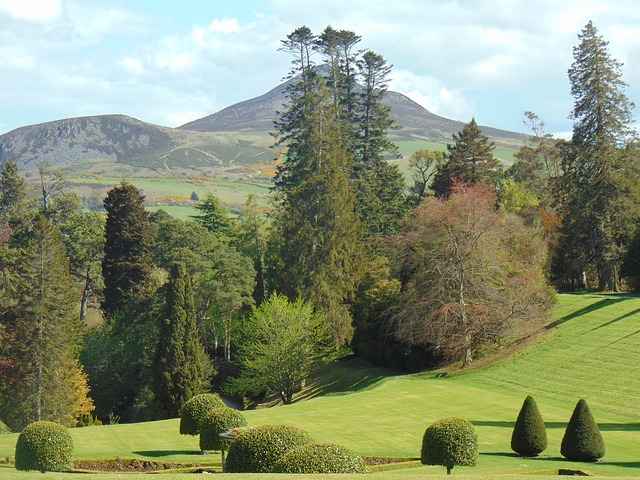 Powerscourt has Japanese gardens but, as head gardener Michael Byrne explains, pride of place goes to the

Now, so they were finished in about 1875. The actual design of Italian garden and the terraces comes from a villa in Sicily.

So the design was there , and the architect was a chap called Daniel Robertson, quite a famous architect. It took about 50 years, and it was 100 people working here over that time, 12-hour days. And it was all dug out by hand. So you can imagine the amount of work and labour that went in when we have machines these days to do everything. 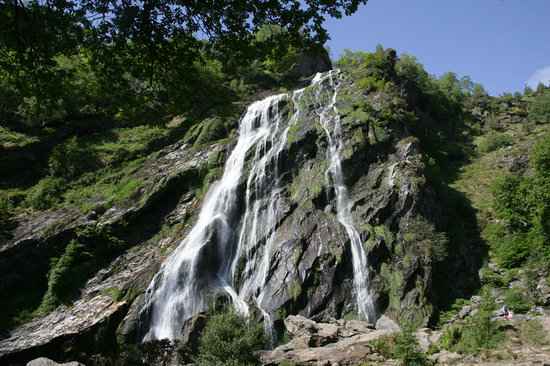 Before we only had wheel-barrows and spades. So a real credit. And the whole idea of laying out the Italian gardens was a vista basically, and a backdrop to the Sugar Loaf mountain, which we can see in the distance. And basically, the whole garden was landscaped and designed around the mountain.

Lord Powerscourt wanted to come out and have his breakfast here and that’s the view he wanted.”